I've worn a Garmin wearable fitness tracker religiously for the last 9 months. The device has now become unreliable, but with so much data collected, I was curious to quantify patterns based on physical activity and sleep (this model measures both).

However, while I can view a daily step count using the online service Garmin Connect, I also wanted to download my total step count for each day and run my own separate analysis. 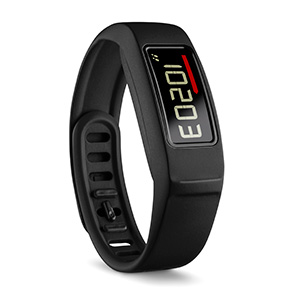 But this isn't possible (see below).

I own the device, but not the data. Garmin can provide access to an API, but this remains expensive according to this reddit feed. It would actually be cheaper to build my own device and use that instead.

Personally, I don't see how preventing customers from accessing their own raw data can continue. I understand why a manufacture would restrict access to the exact algorithm that takes accelerometer data and converts this data into steps, but my request outlined above is entirely reasonable. Manufacturers could even run competitions where people are encouraged to develop new predictive analytics/insights from this data, which could be integrated into new products and services.

The attitude of consumer wearable manufacturers here is totally at odds with other areas of the tech industry. For example, both Facebook and Twitter provide access to user generated data on request. However, as colleagues and I discussed earlier this year, manufacturers remain uninterested or unwilling to allow users access to their own data from wearable devices.
Posted by David A Ellis at 10:22 No comments: