Showing posts from June, 2013
Show All

Sport produces a lot of data that pundits generally ignore. Somehow, they manage to spend hours debating how a season of football was hampered or improved by the actions of a few individuals. Usually referees. My gut feeling has always been that success for any English Premier League football team is highly dependant on financial management. This varies considerably between clubs. Curiosity got the better of me on this one. In statistics, linear regression is an approach to modelling the relationship between a scalar dependent variable y and one or more explanatory variables denoted X. It was the first type of regression to be studied seriously and the first to be used extensively in practical applications. In this instance, my dependant variable is league points awarded this season, and my predictors are turnover, profit/loss before tax, net debt, interest owed on any debt and the club's wage bill. These predictors were all taken from the previous season.* Multiple r
Post a Comment
Read more

A Wordle of my PhD thesis 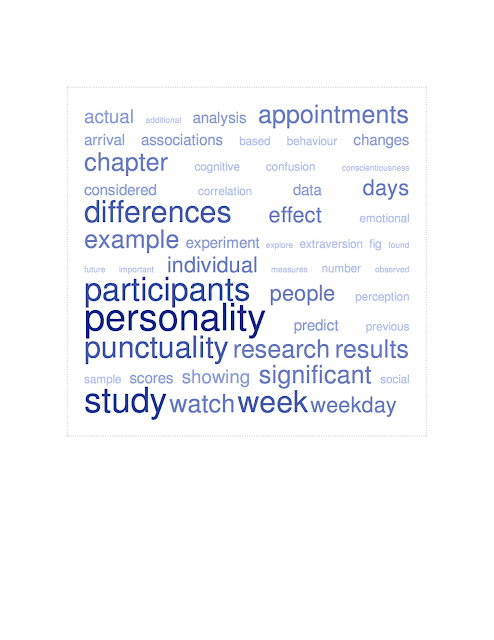