May 07, 2020
Writing academic books has become somewhat less fashionable in psychology, but I’ve always been encouraged to do things I genuinely want to do rather than be completely guided by the REF, TEF or KEF etc. That advice has always stuck with me. 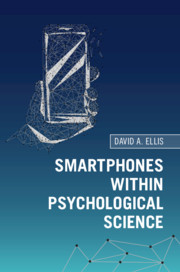 Publication is penned for later this year (update September 2020: you can buy it now), but in the meantime here are three general things that have stuck with me throughout the course of putting it together.

2. On the other hand, theoretical and methodological misalignment remains a grand challenge. For example, smartphone interactions that might support positive health interventions, but which could also drive a negative outcome remain distanced. They are considered by a completely different set of researchers under different theoretical frameworks despite obvious overlaps in the application of the technology. Similarly, from a methodological perspective, the gulf is arguably even wider. Research that considers how smartphones might limit cognitive functioning for example, appears to be separated from groups who have developed apps that can test cognitive functioning!