It's increasingly difficult to know exactly what these 'addiction' assessments measure. They don't correlate with the types of behaviour you might expect from an addiction (e.g., rapid smartphone checking). It perhaps has more to do with how much someone enjoys or thinks about their smartphone. This alone does not support the notion of any addiction - a point that we could have pushed further in our discussion. For example, SPAI scores in our sample correlated very highly with smartphone craving at every time point, but not mood or anxiety. I suspect our sample was too small to detect these smaller effects, which have routinely appeared in larger samples. 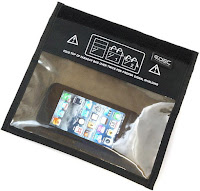 We are all guilty sometimes of forgetting the bigger picture (myself included), but the above might serve as a reminder for what should be at the forefront of any new policy.

I completely take the point that psychological science has a duty to understand, and where possible, predict or mitigate future problems that new technologies could bring.