Apple Or Android? What Your Choice Of Operating System Says About You

Your mobile phone provides all kinds of useful data about what you do, and where. But does even the choice of handset say something about you? Heather Shaw and CREST Associate David Ellis tell us more. 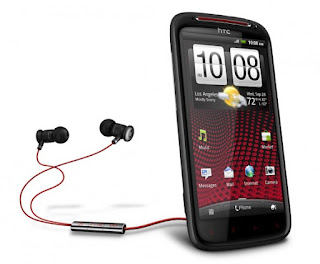 Digital traces can provide scientists and law-enforcement agencies with a range of information about groups and individuals. In particular, smartphones can log communications (e.g., calls and messages) and behaviour from multiple internal sensors (e.g., movement and location). For example, patterns of smartphone usage can be indicative of a person’s sleep-wake activity. Location information, on the other hand, is already used to provide alibis, and can accurately predict where a person works and lives. In a very short space of time, the smartphone has become a mini version of ourselves. This is probably why people become increasingly anxious if someone else attempts to use their smartphone!

We found that Android users were more likely to be male, older, and rated themselves as more honest and open.

However, our recent research suggests that people are already giving away information about themselves before they even switch their smartphone on. The choice of operating system, whether to own an iPhone or Android device, can provide some clues about the individual behind the screen. In one study, we asked 529 smartphone users to provide information about themselves including their personality. We found that Android users were more likely to be male, older, and rated themselves as more honest and open. Android users were also less concerned about their smartphone being viewed as a status object than iPhone users. These results suggest that even at the point of purchase, a smartphone can provide reliable clues about its owner.
Following these results, we were able to build a statistical model of smartphone ownership. In a second study, our algorithm could accurately predict what type of smartphone an individual owned based on around 10 simple questions relating to their age, gender and personality.
In the future, a similar method might predict what type of technology a person is likely to adopt in the future. While this may be partly driven by an individual’s knowledge of what technology is available, it may also be governed by other individual factors relating to risk aversion. This could extend both to established technologies which are secure, but also to those which are illegal and likely to be associated with criminal activity.
The rapid rise of smart and wearable technology requires further theoretical and applied research. Understanding the mechanisms behind technology adoption can improve existing resources that mitigate security concerns. This research can be used to foresee whether a person is likely to adopt an illegal technology, or whether a person will adopt a technology which is safer and more secure.
Heather Shaw, is a Psychology Technician and PhD Student at the University of Lincoln, UK. She tweets at @H_Shawberry. David A. Ellis is a lecturer in computational social science and CREST Associate, based at Lancaster University, UK. He tweets at @davidaellis. You can view the data for this study here
HCI mobile phones operating system smartphones